The Senegalese development economist speaks to Hazel Healy about monetary sovereignty, debt – and the perils of Afro-liberalism.

Ndongo S Sylla believes neo-colonialism is an outdated term. More worrying for him is the trend of Afro-liberalism, which sees African elites allied with corporate transnational interests.

We speak over the phone from the Senegalese capital, where he works at the Dakar office of the Rosa Luxemburg Foundation. Sylla explains how ties to Western finance continue to obstruct economic independence. He offers a corrective: that Senegal – and the African continent more widely – could escape the current exploitative, export-based, free-trade model and instead develop a policy that is pro-people and ecology.

Sylla is the co-editor of Economic and Monetary Sovereignty in 21st Century Africa, author of The Fair Trade Scandal and co-author of Africa’s Last Colonial Currency: the CFA Franc Story.

Senegal is classified as a Heavily Indebted Poor Country, with one of the highest external debts in the world. How did it get here?

The first thing to say is that Senegal’s debt, at 70 per cent of GDP, means it is far from the world’s most indebted country. Japan has a 250 per cent debt to GDP ratio, for example. The difference is that its debt is held in Japanese yen so it can never be insolvent, while Senegal’s is denominated in foreign currency.

So how did we get here? Well, since 1967 we have been in a situation of structural trade deficit. If you look at the ‘Plan Senegal Emergent’, the main economic blueprint of the current government, it’s just a list of infrastructure projects. It has mainly benefited French companies. In 2019 our imports were twice the value of our exports and our trade deficit was more than 10 per cent of GDP.

We have to break with the idea that we ‘lack money’. Any country that issues a sovereign currency could finance projects based on resources it has available

The only way to finance that is through remittances, foreign direct investment or issuing debt in foreign currency – through instruments like Eurobonds.

In 2018 we issued two Eurobonds. The interest rate is set based on an evaluation of credit risk by investment banks. For one of the bonds valued at $1 billion, the rate is 6.75 per cent. So over 30 years, we will end up paying back twice as much. We pay the current debt by issuing new debt. Since independence, that has been the development model of Senegal. It’s a classic Ponzi scheme.

Can you tell us more about the economic model pursued by the current government?

Their model is defined by a quest for foreign exchange. Our government’s logic is that they ‘lack funding’, so they have to make the country attractive for foreign investors and capital. And they do that through trade deals with the EU, or by doing business with China.

We have government bodies like the Agency for the Promotion of Investment (APIX) whose sole job is to attract foreign investment. This is their only optic; they do not factor in ecological damage, or the consequences of foreign investment on the balance of payments over the long term.

The government is not interested in the consequences for health, jobs, or the environment. They say through this agreement they will receive, say, $1 million from the European Union and ‘this will help us to address this or that’. That is pure, short-termist financial reasoning. And for me this is anti-development and anti-people. But that’s how they function.

What pressures do Western trading partners exert on government decisions?

The European Union, Russia and China all want access to products like our fish and other seafood. And, generally, to secure that access, they make trade agreements that are not negotiated in a fair, democratic and transparent way. Often you will read in the newspapers that latest deal is a scandal because the actors who work in this sector were not consulted, or are not happy.

France has always been our main trading partner but it is in decline, not in volume but in share. China has more and more presence. The French government uses political levers to get access for its companies like Total Energies [formerly Total]. They were granted a licence to explore our oil and gas reserves when they weren’t even included in the tender. Our oil sector minister resigned in protest.

With the war in Ukraine and the EU’s will to reduce its dependence on Russian gas, there is a kind of ‘scramble’ towards the African continent in order to secure oil and gas supplies, as well as energies such as green hydrogen. German chancellor Olaf Scholz negotiated gas deals with our president Macky Sall during a recent visit to Senegal.

Would you say neoliberal orthodoxy is the dominant philosophy in the finance sector in Senegal?

Yes. The guys in APIX are people who want to please the World Bank, the French or European development agencies. They seem credible: the language, the clothes they wear. They want to be perceived as good managers because at some point, they might go on to work as a trade negotiator, or for the World Bank.

I see this as a conflict of interest. Most of the people who serve as prime ministers or ministers of finance come from global financial circles – and they will never go against the interests of global finance.

In 2020 Benin’s finance minister argued against the cancellation of African countries’ external debt. That’s the way those people think: they have to format our countries in a way that will be beneficial to foreign investment. Usually, they only attract investments that are extractivist in contrast with foreign investment that could be ‘developmental’.

How can Senegal reduce reliance on Western trading partners?

One solution would be to negotiate as a block. But this has proved difficult with the divide-and-rule strategy used by Western powers. Since 2000, the EU worked hard to sign Economic Partnership Agreements (EPAs) – trade liberalization agreements – with West Africa. Nigeria has been the main block to that while Côte d’Ivoire and Ghana have separately negotiated interim agreements.

As a ‘Least Developed Country’ Senegal is not obliged to sign EPAs. Studies by Senegalese trade experts show that we will lose out. But we have signed them anyway, since the EU applies pressure and our president, Macky Sall, is on good terms with the EU. He is a loyal ally of Western interests.

What alternative economic models do you see emerging?

We have to be self-reliant and go for an anti-capitalist framework. That doesn’t mean autarky, it means renegotiating relationships in a way that benefits the people.

This model will have to be invented by trial and error. Sudan, for example, after its foreign exchange crisis in 2018, moved to increase its agricultural productivity because it could no longer buy imported food.

Financial independence is paramount, but it’s difficult to achieve under capitalism. If we want more sustainable and prosperous societies, we have to break with the idea that we ‘lack money’. Any country that issues a sovereign currency could finance projects based on resources it has available locally – that’s basic Modern Monetary Theory, and it’s a powerful idea.

What gives you hope for change?

There have been some shifts, especially in Francophone countries. Our presidents used to act like French governors but this is starting to shift. And I do see a positive desire for emancipation. African youth are no longer happy with what is on offer. They want jobs… Past a certain point they will no longer be satisfied with what is currently available.

But people have to broaden their focus from being simply ‘anti-colonial’ to understand how capitalism works. What we are experiencing in Africa can no longer be described as neo-colonialism – that’s an outdated term. For me, we’re living in an era of globalism. It’s the abstract logic of capital that prevails.

Our situation is like colonialism without a colonizer. This implies that this invisible colonial logic can be implemented by Africans. This trend is vicious – I call it Afro-liberalism.

To develop new visions of development and ecology, we will need to build strong coalitions to have influence over our politics. This is possible: it depends on good leadership and a good context. 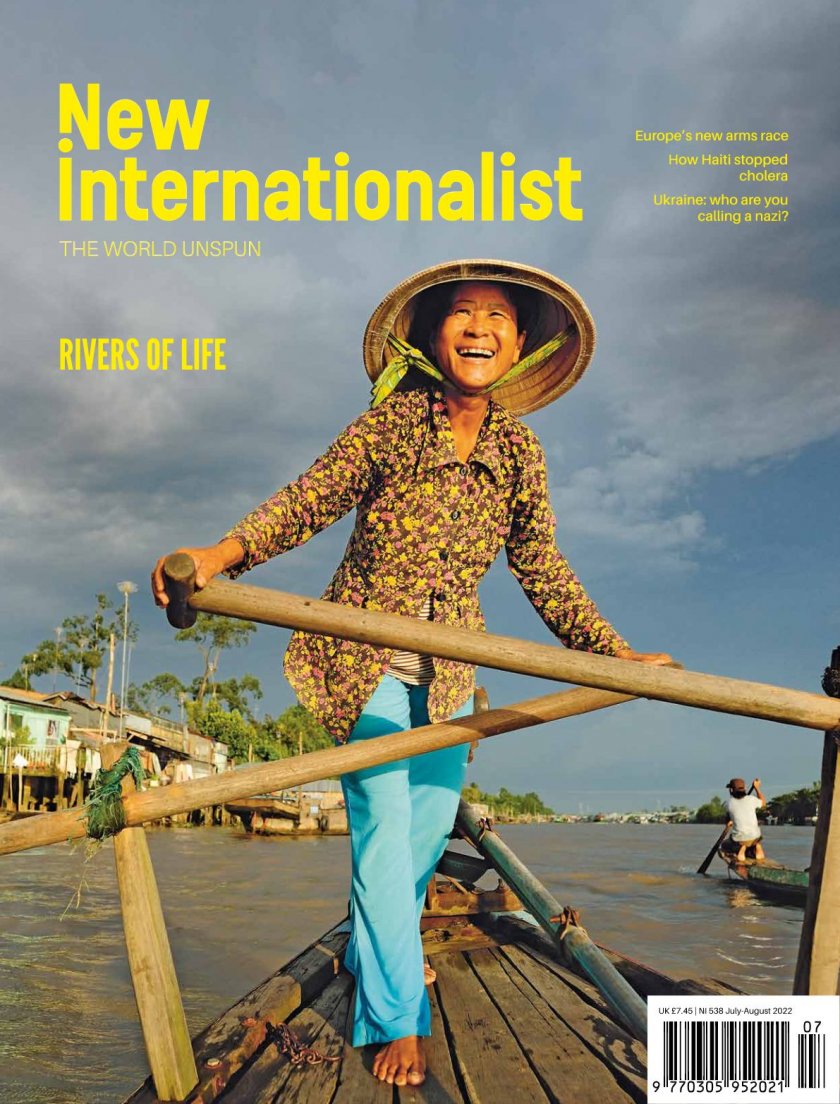 This article is from the July-August 2022 issue of New Internationalist. 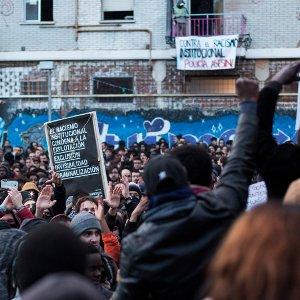 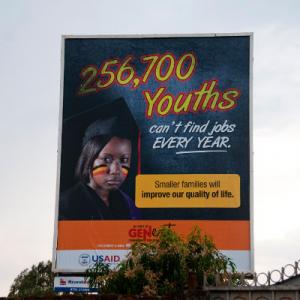 Africa needs to drop the ‘youth bulge’ discourse
Wangui Kimari makes the case that the youth discourse in Africa has patronizing, colonialist tones. 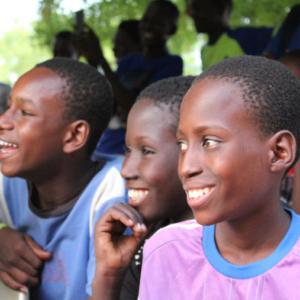 Migrants who make it convince others not to risk it
How Senegal is trying to involve the diaspora to curb emigration. By Sofia Christensen 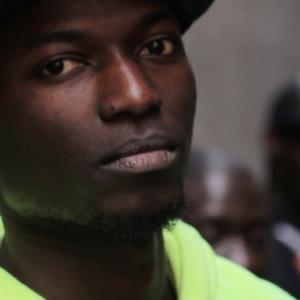 ‘More understanding, more awareness, more dignity!’
Clelia Goodchild talks to members of the first union in Europe for illegal street vendors about what they want. 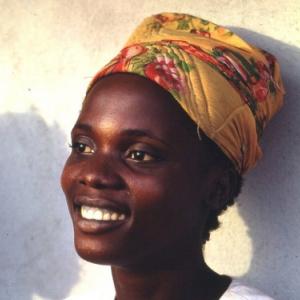 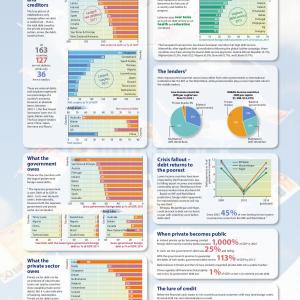 Debt – The Facts
At any given time countries both owe debts and have them owing to them. Who owes what and what's the bigger crisis – foreign or... 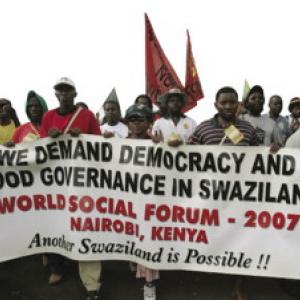 World Social Forum promises to clean up its act
In Africa, for Africa?

Holding our ground
LGBT activists from Africa to South America are standing firm and forming coalitions with other rights groups in the face of... 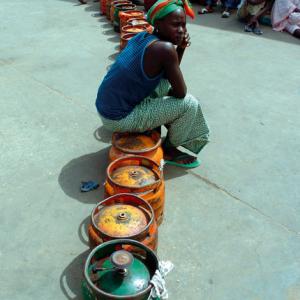 African Migration Management
Just over two years ago the Spanish government  desperate to stop migrant workers from crossing into Spain from the Sahara ...

A Green OPEC?
Despite the underwhelming emphasis on climate change at the World Social Forum, there were a few interesting sessions and issues... 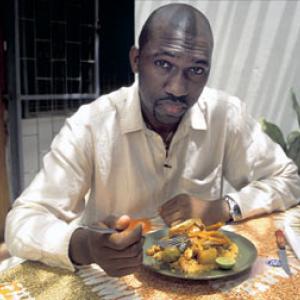 States of Unrest
Resistance to economic ‘adjustment’ is growing with every passing year, as this worldwide round-up shows. 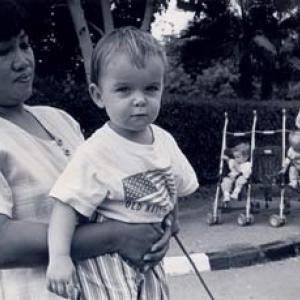 Another coinage
Jeremy Seabrook counts the emotional costs to migrant labour in a globalized world.

Don't Fence Me In