‘I’ll paint all the ways South Sudan has suffered’

South Sudanese artist James Aguer Garang has been waiting weeks for new paint to arrive. ‘It has to be delivered by bus from NGOs in Kampala,’ he explains, cutting a frustrated figure in his sparsely furnished studio in Juba, the nation’s capital. Most of the roads have no tarmac. Militia operate checkpoints. When the bus runs, the journey takes two days. But after decades of conflict, it remains the only affordable way to get materials.

‘I have hundreds of paintings to finish,’ says James, gesturing to canvases propped against the walls. ‘When the fighting ends, I’ll paint all the ways South Sudan has suffered.’

James is one of South Sudan’s most well-known painters, as well as an activist and trauma therapist. You could also see him as a chronicler of the nation’s history.

It’s a nation with only one art gallery, but more than 60 indigenous languages and widespread illiteracy. In this context, art provides an important means of communication. ‘Language brings barriers,’ says James. ‘Many people cannot read and write, but in drawing they can translate their world.’

Every day when I look in the mirror, I am reminded of that time,’ says James, rubbing a prominent scar above his right eyebrow. ‘We were running from the enemy. We had to cross a river. They were shooting at us so I dived down deep to escape the bullets and hit my head on a rock

Gentle and serious, James has the air of a school teacher when describing the three main themes to his work: the ancient beauty of the land, present conflicts, and an imagined future of prosperity.

Realist studies of cattle keepers stand next to paintings of children wielding assault rifles or villages in flames. More abstract pieces aren’t always appreciated by local audiences. James smiles as he tells me: ‘People ask if I’m out of my mind.’

Other works tackle reconciliation. ‘Honest Dialogue’ shows two communities sitting in plastic chairs. Above their heads is the image of a soldier standing over a dead body in a pool of blood. ‘It represents our shared memories and our collective guilt. If you can’t accept guilt, you can’t end the problems,’ he says. ‘This is the story of our nation.’

South Sudan gained independence from Sudan in 2011, after fighting two wars spanning more than three decades. Many believed independence would bring peace but, in 2013, civil war broke out between president Salva Kiir and his longstanding rival Riek Machar – representatives of the nation’s two largest ethnic groups, the Dinka and Nuer respectively. The two men laid down arms in 2018 and formed a new government in February. It’s a hopeful time, though many are concerned that war will return.

The reason for this, James believes, is trauma. After so much fighting, many have lost loved ones and fled their homes. There are more than 1.5 million internally displaced persons in South Sudan and over a million refugees in Uganda alone. ‘Everyone you speak to has stories of war,’ says James.

James is no exception. Aged nine, he was taken from his family and forced to fight as a child soldier in the Second Sudanese War, a conflict which lasted from 1983 to 2005 and claimed more than two million lives. His father – a traditional craftsperson who carved sculptures from cow horn – was killed in the same war.

‘Every day when I look in the mirror, I am reminded of that time,’ says James, rubbing a prominent scar above his right eyebrow. ‘We were running from the enemy. We had to cross a river. They were shooting at us so I dived down deep to escape the bullets and hit my head on a rock.’

James was fleeing with over 20,000 other children. They walked barefoot under the cover of nightfall to avoid Sudanese warplanes, travelling for five months before reaching refugee camps in Ethiopia and Kenya where they became known as the ‘Lost Boys of Sudan’.

James learned to paint in a camp in Kenya. ‘I took the problems I had and formed them in the canvas,’ he recalls. The experience led him to train in trauma therapy, first in Kenya and then in Rwanda where he studied the reconciliation following the genocide of 1994. Today he runs art therapy workshops across East Africa.

‘The first thing trauma attacks is your thinking brain,’ he says. ‘You don’t concentrate. You don’t remember things. You have issues in your personal relationships with people.’ For James, this undiagnosed trauma is behind South Sudan’s cycle of violence. It is also the inspiration behind much of his work.

A 15-minute walk from his studio James points to a mural on a low crumbling wall. It sits across from the national football stadium, marked by a corrugated iron fence. On either side are five-star hotels which housed diplomats and rebel leaders during peace talks.

The mural depicts a dove teaching a group of schoolchildren alongside the words ‘Ana Taban’ – Arabic for ‘we are tired’. This is the name of a youth organization set up by James and other artists to facilitate street art projects across the country. ‘You have to rise and change the situation for the future generations,’ says James, ‘whatever the materials you have.’ This article is from the July-August 2020 issue of New Internationalist. 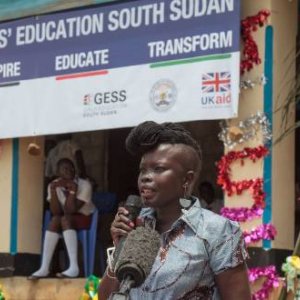 How British aid abandoned the girls of South Sudan
UK funding must urgently be restored to those in desperate need, says educator Rod Hicks. 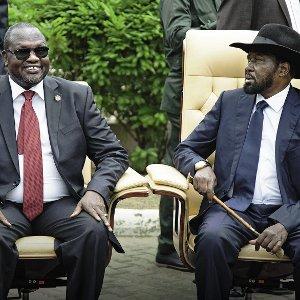 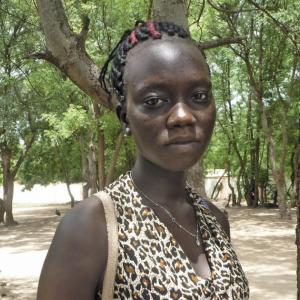 Girls get back on track in South Sudan
How second-chance schooling turned things around for Nyanrror Teresa Marial. 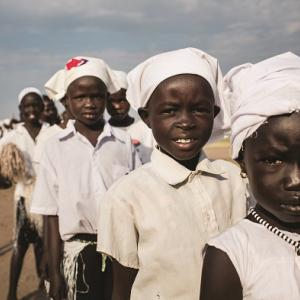 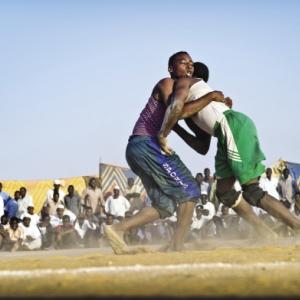 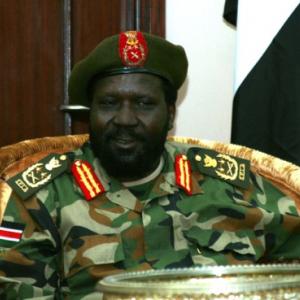 A fickle peace in South Sudan
Moses Wasamu on why the new peace agreement is an unsustainable deal. 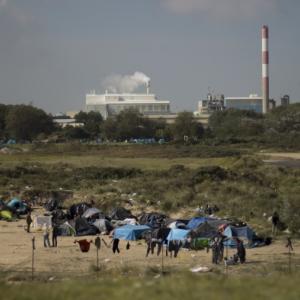 Welcome to The Jungle
Over 2,000 migrants are gathered in a Calais refugee camp for one reason alone: to reach Britain or die trying. James Rippingale... 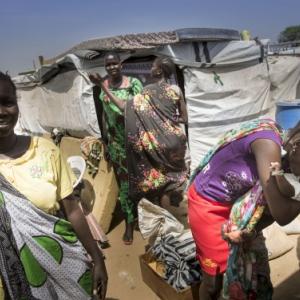 Four million in need of humanitarian assistance in South Sudan
A dispatch from aid worker Rosie Crowther at Christian Aid who warns of a growing emergency largely ignored by the British media. 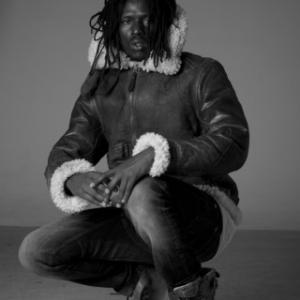 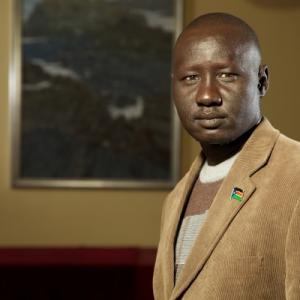 South Sudan: A time for celebration and reflection
Photos from Conor Ashleigh in Juba on the day Africa’s newest nation was officially born.